Woman of Valor: A Fierce Fighter

I still marvel when I think back to the beautiful young mother I once met in a tiny country in a forgotten corner of the world. She was a survivor of the horrific genocide in Burundi that had exploded alongside Rwanda’s frenzy of killings.

I’d been invited to teach a group of women—church leaders and pastors’ wives—on prayer. All had survived war and poverty and were trying to help rebuild their country. They were no strangers to prayer.  Several told stirring accounts of God’s miraculous power during times of great danger.

Finally, the young mother hesitantly rose to her feet and began to tell her story. She had eight children and lived in the countryside. One day she was gathering vegetables when a worker rushed to tell her that her two-year-old son had suddenly fallen ill and died.

“Desperate and afraid, I remembered the story of how Elijah had prayed for the widow’s little boy who died,” she said. “The boy finally came back to life.” So I cried out to God, “You did it for Elijah—do it for me!” She prayed and prayed. “Finally,” she said quietly, “I could not look at my son any longer, so I went outside.” She paused—faltering for words. 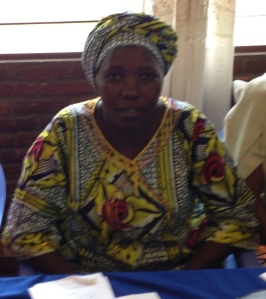 By this point, I’m thinking of how to comfort her. But I was not prepared for what happened next.

“I went back inside,” she continued slowly. “But this time, when I put my hands on my little boy’s lifeless body and began to pray, he suddenly coughed and sputtered and sat up—he was alive!” A hush fell over the room. I was face-to-face with an ordinary mother who lived oceans away from me. But I knew I was in the presence of a warrior—a woman of valor.

Maybe you’re thinking, Perhaps her little boy wasn’t really dead. Or, Why God didn’t heal my sick child? A story like this raises many questions for which I don’t have answers. But I do know this: God cares for his children all over the world. And in a place like Burundi—where they have tasted death up close and where doctors are nearly nonexistent—believers experience a dimension of God’s grace I seldom see in my safe, suburban world. I’ve heard similar stories firsthand from war refugees in the Middle East and slum dwellers in India.

Such women remind me that faith is a fierce fight. A far cry from the woman in my corner of the world who once said to me: “Oh, I prayed hard a couple of times for something I really wanted and it didn’t happen. Guess I won’t ever try that again.”

I walked away from my encounter with the young mother from Burundi in awe, but also challenged. I realize God doesn’t always heal or deliver or raise someone from the dead. But I was inspired by the way she fought for the life of her child. She was courageous. Persistent.  And she encouraged me to keep on fighting the fight of faith, even when things look desperate—and never to be too quick to give up on God.

This entry was posted on Sunday, August 20th, 2017 at 8:50 am and tagged with prayer, Proverbs 31, war, Woman of Valor and posted in Proverbs 31 woman, The Fight of Faith, Woman of Valor. You can follow any responses to this entry through the RSS 2.0 feed.
« What is a Woman of Valor?
Love Makes Her Brave »